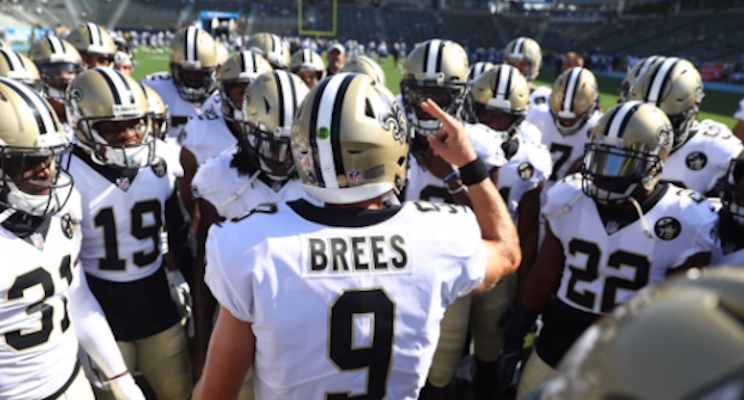 We have all faced a number of challenges recently. That trend may be set to continue with increased uncertainty and an economy that may or may not stutter back in to life. With employees losing jobs and the working environment changing for most of us, it’s now harder than ever for teams to unite together and perform. How can a team leader bring their team together when they may not even be able to sit together in the same room? With uncertainty around job losses, how can you reassure your team and regain their trust?

In troubled times, there are those who thrive. I come from a sporting background and there are some great examples we can learn from in that world. Those lessons can easily be applied to teams in a business context. High performance is crucial, whether your team competes on the field of play or the market place. So how can we turn a terrible situation into a success story?

There are countless stories of individuals who have faced hardship and found a way to rise up. I, like most, find these stories hugely inspiring, but what really excites and interests me are teams that overcome adversity. Bringing a group of individuals together who’ve all been through a shared tough experience and uniting them is definitely challenging. When done well, the results can be incredible. Here are some examples of sporting teams who’ve done just that.

In August 2005, Hurricane Katrina ripped through the city of New Orleans, causing the levees to break. This left the vast majority of the city under water, as deep as 4.5 metres in places. Over 80% of New Orleans residents were evacuated before the storm hit, but sadly the death toll still stood at over 1,400 people. Lives were devastated, homes and businesses were lost.

The Louisiana Superdome, home of American Football team, the New Orleans Saints, was used as a base for evacuees during the crisis. As a result, the team had to play games away from home that season. Through the uncertainty they struggled, winning just 3 of their 16 games. As the city began to rebuild in 2006. the Saints returned to the Superdome. Under new head coach Sean Payton, the team rallied to become a beacon of hope for the people of New Orleans.

In the regular season the team won 10 of their games, their most successful season in history at that point. This left them top of the NFC South division, qualifying for the play-offs and receiving a bye in the first round. In the divisional play-off round they faced the Philadelphia Eagles at the Louisiana Superdome. A tight game ended with the Saints winning by 3 points (27-24), progressing to the NFC Championship match against the Chicago Bears. Sadly it was a step too far and the Bears took the win, but for the Saints it was an incredible turnaround from the previous year. Their solidarity as a team, along with a desire to win for the people of New Orleans, had driven them to an incredible season.

On 6 February 1958, British European Airways flight 609 crashed while taking off from Munich-Reim airport. On board was the Manchester United team, along with supporters and journalists, returning from a match in Europe. Of the 44 on board, 23 sadly passed away, including 8 Manchester United players and 3 members of staff. Along with those who were lost, players Johnny Berry and Jackie Blanchflower were Beverly injured and never played football again. Meanwhile, manager Matt Busby remained in hospital for more than 2 months, where he is reported to have been read his last rites on two separate occasions.

This tragedy hit the team immensely hard and there were rumours the club would have to fold. Despite a lack of players, many of whom suffered severe mental scares from the crash, the club managed to complete the 1957-58 season. After the crash the team only won 1 league match, but during that summer the team were able to begin the rebuilding process. Matt Busby returned to manage the team after being discharged from hospitalfor the 1958-59 season.

That season the team played with purpose, crash survivor Bobby Charlton finishing as top scorer on 29 league goals. Despite the immense challenges they faced, the team were locked in a title challenge with Wolverhampton Wanderers, ultimately finishing in second place. Over the coming years the ‘Busby Babes’, including the likes of George Best and Denis Law, continued to progress, culminating in European Cup success in 1968.

During the 117th Boston Marathon on the 15th of April 2013, two explosive devices were detonated near the finish line. The explosions took place over 4 hours after the race had started, meaning the elite field had finished. This terrible act was designed to cause maximum devastation by targeting the runners of the mass participation event. Sadly 3 people lost their lives. Several hundred were injured by the blasts, 17 of whom lost limbs. An event that brought people from across the globe together to Boston, ended in tragedy.

The people of Boston are known for their resilience, but this event had shocked them. They needed something to rally behind and the baseball team, the Red Sox, provided that. The previous year the Red Sox had finished bottom of their division. 2013 was going to provide a dramatic turnaround in fortunes. The team’s spirit shone through as they topped the American League East with a record 97 wins during the regular season.

The postseason saw the Red Sox defeat the Tampa Bay Rays in the American League Division Series, before advancing past the Detroit Tigers in the Championship Series. This set them up to play the St. Louis Cardinals in the World Series finals. By defeating the Cardinals, the Red Sox became just the second team in history to win the Baseball World Series after finishing last in their division the previous year. During the victory parade, the team stopped at the Marathon finish line, where the trophy was placed in honour of those who had lost their lives earlier that year.

LESSONS TO BE LEARNED

Adversity has the power to unite. A team who can get behind a common goal or purpose they all truly believe in can deliver incredible results. Although tragedies and challenges are things we often look to put behind us, if used in the right way, they can inspire. It should be noted that in each of the above cases, the teams wanted to bring hope to the wider community, as well as serving those who suffered in the tragedies. Having a purpose greater than their own individual performances united them. It was no longer just about sport and their individual aspirations, it was about so much more.

How could your team pull together in these challenging times? What is the bigger purpose? Millions of people are going through tough times and facing challenges, including your customers and perhaps colleagues you’ve had to let go. Could your team unite to deliver for them? Could you align with a greater cause and help bring hope to a community you are associated with? There are people out there who need your help. Unite as a team, thrive as a team and deliver as a team.

We use the insights and lessons learned from the world of elite sport to help business leaders achieve a personal best or world record in their industry.

Our aim is to help our clients face their limitations, frustrations, pain and setbacks, and rise above them to achieve their full potential.

In doing so we believe these clients will become the next leaders, who will have the power to change the world for the better.

Find us on social media